This is a frequently asked question and the answer is both far more obvious than you might think, whilst also being a little more confusing! So let me try to explain about how bright a Solatube can be.

There are 2 significant differences, however, between a window and a Solatube: 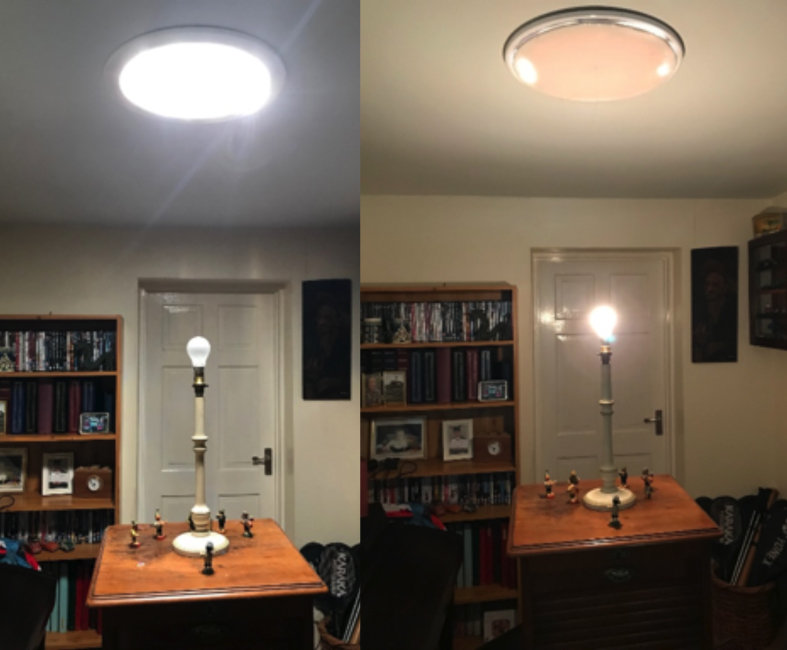 It also depends on how you measure a light bulb. Typically in the UK we’ve been used to talking about old-style, incandescent light bulbs with a wattage rating of 40w or 60w, yet now we have LED light bulbs with equivalent wattage ratings approximately 10 times lower, delivering the same amount of light. So LED bulbs we use today will range in wattage from around 2w upto 10w and even 15w.

However, light is actually measured in ‘lumens’ whereas watts is a measurement of energy usage – completely different things. So if we talk about light output from a bulb (or a Solatube), which is measured in lumens, we start to get closer to answering our initial question. A standard 100 watt incandescent lamp produces 1200 lumen. A 60W bulb produces 800 lumen, a 40W bulb is 4-500 lumen.

But to cut to the chase, if you really want to have some sort of comparison between a light bulb and a Solatube, here are some approximate figures:

A Solatube® 160 DS will provide an average equivalent light as follows:

Now, even at the lowest 60 Watt rating, that’s a lot of bright daylight. However, I always suggest that it’s best not to try to compare a Solatube with a light bulb. Rather, think of it as a ‘window on steroids’! delivering daylight from outside but far more of it than you would from a window, through a far smaller aperture.

So, have you seen the light yet?

I hope all the above helps and If you are interested in bringing natural light into your home, why not contact us at info@solatubescotland.co.uk; 07778 283 427 to find out whether a Solatube sun pipe can help you. Typically, a fully installed system might cost anywhere between £900 – £1,200; that’s supplied, professionally installed and includes the VAT.

Get the Ultimate Guide - Information needed